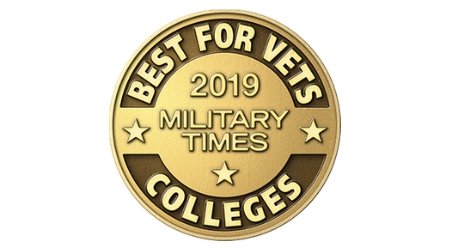 GWINNETT – NORTH FULTON – Gwinnett Technical College has once again been recognized as one of the best in the nation. The College has earned significant national recognition for their outstanding Veterans Services in Military Times®.

Military Times released their Military Times Best: Colleges 2019 rankings, formerly known as Best for Vets and Gwinnett Tech is ranked third among career and technical colleges in the nation, for its commitment to education and providing opportunities to America’s veterans, service members and their families. This marks the third consecutive year Gwinnett Tech has moved up in the rankings and the second consecutive year in the Top 5. In 2018, the College was ranked 4th in the nation.

“Gwinnett Tech is honored to be named one of the top colleges in the nation for Veterans. Our Office of Veterans Affairs continually strives to serve prospective and current students as they transition from military life to civilian life,” stated Dr. D. Glen Cannon, president of Gwinnett Technical College.

“Our office is deeply committed to helping veterans repurpose their military training and skills into lucrative careers in both public and private sectors,” stated Travis Simpson, coordinator of Gwinnett Tech’s Office of Veterans Affairs.

Annually, Military Times® invites career and technical colleges from across the U.S. to complete a rigorous survey comprised of 150 questions, about their operations involving current and former service members and their families. Additional data is then collected from the Veterans Affairs and Defense departments, as well as three Educational Department sources: the IPEDS Data Center, College Scorecard, and the Cohort Default Rate Database. Institutions are independently evaluated in five key categories: university culture, student support, academic outcomes/quality, academic policies and cost and financial aid.
For more information about Gwinnett Technical College’s commitment military students, visit the Office of Veterans Affairs or call 678-226-6343.

Back To Top
Donate